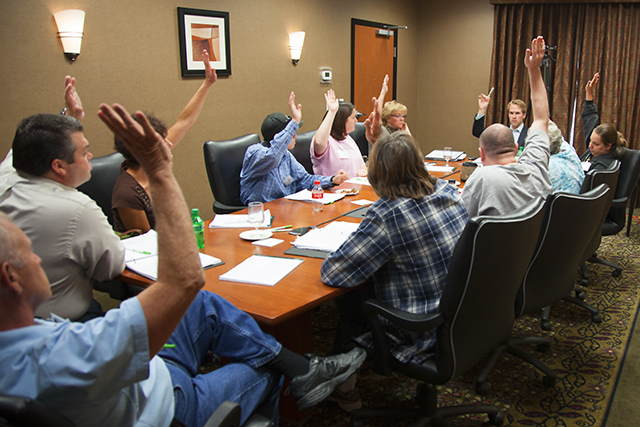 The Grand Jury, composed of experienced European-level experts in the field of energy and education, was chaired by Silvia-Adriana Ticau MEP, as in the first-year edition.

Other Grand Jury members were:

Following up on a pre-selection made by a European pre-jury, the Grand Jury members evaluated four finalists in competition categories A, B and C and the Special Award Category (now renamed into category D).

The Grand Jury was impressed by the innovative approach, eagerness and genuine enthusiasm they could sense from each national winner entry.  The entries in each category were praised for the fact that apart from generating concrete energy-saving measures, they often also contributed to raising awareness of the importance of energy efficiency beyond the school community.

U4energy European Winners and Runners-up for the 2011-12 edition will be unveiled at the European Award Ceremony which will take place on 26 November in Brussels.